Dealing with all the implicit state in the filesys and environment is probably going to be key to eventually making build systems not suck.

The toolchain that we use to write software is fundamentally broken. Setting up the system environment in which we develop programs is challenging, even for expert programmers (imagine how a novice feels). Each programming language has its own package management and build system, which unsurprisingly vary widely in quality. Build reproducability is almost never guaranteed due to the implicit dependency on global system state. Package managers sometimes cannot even handle dependencies on multiple versions of the same library! Dependincies take on a nebulous quality - if an author removes their library from the centralized repository, suddenly any projects with a dependency instantly breaks. We saw this exact situation happen in 2016 after left-pad was removed from NPM. The implicit system state situation is so bad that I’ve worked on projects where the solution was to build a virtual machine image on a per project basis. Any new developer to the project would simply use the project virtual machine image as a starting point for development. This is a symptom that something is very, very wrong. We shouldn’t have to copy the entire machine just to acheive build reproducability.

But there is a problem even bigger than the package management problem. Each language that we develop has its own walled garden library ecosystem. As a concrete example, let’s examine the situation for graph theory libraries (which I often use in programming language related work). Python has its own graph theory library called NetworkX, C# has QuickGraph, and Haskell has algebraic-graphs. None of these graph theory libraries are related in any way, but fundamentally they implement and share the exact same algorithms. The amount of duplicated effort is massive! This also prevents any new language from taking off, since a comprehensive library ecosystem is essential for language success.

Escaping “The Mess We’re In”

Several years ago, I embarked on an ambitious proof-of-concept project called Resequence that would act as unification for most of the tools that we use to write programs. The idea was sparked by Joe Armstrong’s (of Erlang fame) talk “The Mess We’re In” at Strange Loop 2014, and his earlier post on the Erlang mailing list. At that point I had an entire summer to work full time on the project. Unfortunately health issues prevented me from working on the project that summer, and I haven’t had much time to directly work on it since. Ultimately, the project was too ambitious for the timeframe that I had, and the amount of work would realistically require a large team of developers. At this point the project is vaporware. The motivation of this post is to explore the design space of what I want to work on.

The core of Resequence is a fine-grained project repository stored in a distributed hash table. The system is fine-grained since the atomic unit of information is a function or type definition. Within a compiler, a program is typically represented as an abstract syntax tree (AST). Typically the AST is hidden from the programmer, with the exception of languages that support metaprogramming. In the larger view of a program, function ASTs are hooked together into a directed graph dependency structure known as a call graph. Resequence understands that programs are represented as ASTs and call graphs, which enables a large number of exciting potential features.

What’s in a Name?

Storing anything in a distributed hash table requires a hashing function. Since we’re representing programs as directed graphs, we need a hashing function that can hash directed graphs. This hashing function has proved challenging since there doesn’t seem to be an existing algorithm that can be used. Getting the hashing right is tricky, so this is mostly what I’ve been thinking about. The hash of a specific node in a call graph should depend on all the nodes reachable from that node. So if a library that a function depends on changes, the hash of the original function should change. After all, that change might have impacted the behaviour of the dependant callers.

The abstract syntax tree picture needs to be rectified with the call graph representation. In programming languages, ASTs are usually represented by an expression type, which may recursively contain other expressions. Instead of just referring to the expression type directly, we instead use a parameterized wrapper type. This wrapper type can be split into three different cases:

Most programming languges provide code organization systems, often called modules or namespaces. When a function is placed into a module, the function obtains context from the enclosing module. This context may include things like aliases created by imports from other modules. Obviously when a programmer is working with code in an editor, they will not want to be dealing with hash codes when calling other functions. Since the context often influences the name of a function being called, modeling this context is another key ingredient of Resequence. At this point I am not sure how to deal with the context, so this is something that will need more work.

Naming in programs are used as human-understandable identifiers for other parts of the programs. For most situations, the actual name is completely irrelevant to program behaviour. In lambda calculus, this problem is solved by using De Bruijn indices, which eliminates names of variables and replaces them with natural numbers (the process is a sort of expression cannonization). Doing a similar such operations on more complex programming languages is challenging but not impossible. Whether or not Resequence should eliminate names is a design choice that needs to be made.

There are situations where names influence program behaviour. Program behaviour is influenced when the notion of structural equality is used instead of referential equality. For example, OCaml uses row type polymorphism for object types. In this case, the name of the fields dramatically influence the type checker and overall program flow, so getting rid of the field names seems difficult or potentially impossible.

Today is our quarterly reminder that Linus gave us a completely distributed VCS, so we stored all of our repos in a single point of failure.

If we store programs as ASTs and graphs, the tools we use can be a lot smarter since they understand program structure. I have organized potential tools into a list:

So far I’ve been discussing a system that is very tightly coupled - a program that you install always uses the dependencies that the developer intended. One of the advantages of dynamic linking is that packages with security flaws can be upgraded independantly of other packages. Recovering this behaviour seems challenging. One possible solution is to define project boundaries as first class features, and then provide coupling across boundaries using names.

The behaviour of programming languages can be specified with mathematical precision by using a variety of semantic systems and typing rules. Generally these rules can be specified in only a few pages, depending on language complexity. If we can encode these rules in a programming language, then maybe we can make a system which will automatically generate an interpreter, compiler, and debugger for any potential language that we want to write. Research into this area is currently underway at universities and corporate labs (Graal & Truffle).

The potential for this type of system is huge. Suddenly a new language can be written in a matter of days instead of months or years. If you can further specify rules for data conversion across language boundaries, then embedding languages inside of each other is both possible and convenient. If you can automatically generate a transpiler between languages, then using a library written in another language is no problem.

There are already some platforms (known as language workbenches) that can do this sort of thing: JetBrains MPS, Xtext, and Intentional Software. Unfortunately the sandbox for these types of systems are pretty restrictive. For example, if you want to use a type system different from what MPS provides, you’re out of luck. Perhaps there is a way to extend MPS, but the documenation is so poor that I can’t figure out how to use it. 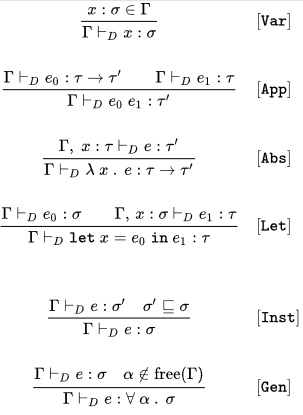 The Resequence idea did not develop inside a vacuum. For several years now, I have watched as tools have slowly moved towards this model. The technologies are currently disparate, and nobody has made an attempt to unify their use.

A lot of work needs to be completed to realize the fully proposed system. If you’re interested in the project, feel free to post on the comments below. If you represent a company that is interested in working on this type of system, feel free to send an email to caleb.helbling@yahoo.com. I think that any company that creates such a system will have a big advantage in future developer mindshare.